Is Bitcoin bad for the environment ?

​Any currency can be used for good or bad. Bitcoins blockchain is very traceable so therefore not actually very good for laundering.

QC isn't even close to breaking SHA-256 and hypothetically if it gets there it'll break literally everything else first. So we will see it coming and it won't be for a long time, if at all.
Also, this is a point that @saylor makes, if you have a quantum computer then mining #Bitcoin is a very lucrative activity. Breaking Bitcoin brings no benefit to you. QCs will also increase the mining difficulty.
Lastly, we can replace Shah-256 without changing Bitcoin.

What is Bitcoin backed by ?

​   Limited supply, uncencorabilty, mining, unchangeability, Faith. Just like Gold or £ or $ ANYTHING is only worth what people think its is worth. If you believe you can exchange £1000 worth of BTC for £1000 worth of goods and services or a £1000, then its it worth precisely that. When the Federal Reserve says "they can print Infinite Money" it value becomes ZERO. 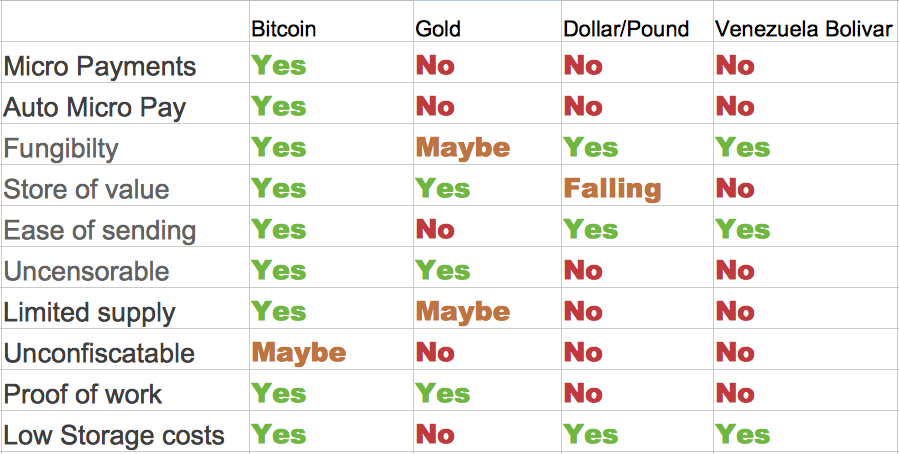 Can Bitcoin be hacked ?

​   Nope, its been going since 2009 and no one has hacked the Bitcoin protocol with a pot of $100,000,000,000 at stake, if it could have been hacked it would have been by now. Mount Gox did get hacked also other exchanges and may be the odd wallet, but not Bitcoin its self

Can the Government Tax it.

May be, but then they will have to admit its legal tender, store and reissue it. Making it legitimate and increasing value. Bitcoin VAT ?Which Bitcoin is the real bitcoin ?
​

PROOF OF WORK vs PROOF OF STAKE

Like Gold before it. If it was just laying on the ground like stones, it would have no value. Gold has value because its scarce & WORK, blood sweat tears and ENERGY got it out of the ground. Bitcoin emulates the mining of gold by giving cost to production and having a limited supply. If it was easy to produce, it would all get snapped up very quickly by rich people (PROOF OF STAKE) and proof of stake requires premining. Spamming the network is a way to attack Bitcoin, having a cost to transactions stops this.

Bitcoin price has crashed - Is it over ?